J Street is apparently indulging itself in a deliberate attempt to twist both the intent and words of Israel’s Prime Minister Binyamin Netanyahu’s remarks on his upcoming trip to Washington next month.

The group’s director, Jeremy Ben-Ami, writes with a Left wing bent that has in the past positioned him as one who sometimes walks the thin line separating support for the State of Israel from that for the border-free, terrorist-riddled entity endorsed as “Palestine” by the United Nations General Assembly.


And in a display ad appropriately bearing turquoise blue and black (like a bruise on the landscape) on its logo, J Street runs with the slogan, “The political home for pro-Israel, pro-peace Americans.” A graver misnomer could not be.

“Yesterday, Prime Minister Netanyahu said that when he comes to Washington next month, he’ll be speaking “not just as the prime minister of Israel but as a representatiave of the entire Jewish people.” I don’t know about you, but he doesn’t speak for me. Help us let his Ambassador in Washington, Ron Dermer, know: as an American, as a Jew – Benjamin Netanyahu doesn’t speak for you.” the ad reads.

It then goes on to claim: “In the coming Israeli election, less than a quarter of Israelis will vote for him. More than half the Israeli public disapproves of his performance.

“And, here in the United States, where Jews overwhelmingly support diplomacy with Iran, the Prime Minister is deeply out of step with our community politically. “Make clear that no one person – even the Prime Minister of Israel – speaks for us all by signing our petition today.”

A link to J Street’s petition is embedded in the web campaign ad, which is also found in a “P.S.” that reminds, “Ambassador Dermer needs to hear from us.” and urges the reader to recruit “friends and family” to visit “DoesNotSpeakFor.me.”

Pretty slick. But the problem is, the statistics are really off. And Netanyahu never claimed to speak for every Jew. He said he is “representing” all Jews when he stands up to fight against the existential threat to Israel posed by anti-Semitism and Iranian nuclear technology development.

American Jewish heavy hitters coming out with weighty, well-thought-out statements offering sage advice to the prime minister on various ways to back out of his commitment to the Speaker of the House?

Vice President Joe Biden and a panel of top Democratic lawmakers notifying media about their plans not to attend Netanyahu’s speech to Congress?

A boycott on meetings with Netanyahu when he arrives in Washington by the White House, the State Department and all the rest of the U.S. top leadership, casually brushed off by President Barack Obama as “protocol” since the Israeli elections follow two weeks later?

Not to mention frequent references by the U.S. president to his differences with Netanyahu on the “Iran issue” and most recently – yesterday, in fact – an outright plea not to “sour” a deal with Iran on its nuclear development activities under discussion between Tehran, the U.S. and world powers. 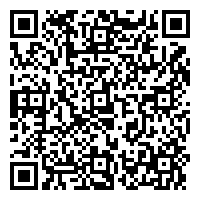