Israeli society is debating whether to allow industrialists to dip into its Middle Eastern treasure chest for the oil shale that lies beneath the holy land, while the Organization of Petroleum Exporting Countries (OPEC) waits in the wings for the outcome.

Oil shale is most commonly defined as sedimentary rock containing organic matter rich in hydrogen, known as Kerogen. When the rock is heated, the organic matter decomposes and releases petroleum-like liquids. In other words, black gold.


Industrialists and business investors say the move would bring energy independence to the Jewish State, which made its debut last week as an energy exporter with a deal to send natural gas to Jordan.

Environmentalists insist it would create an ecological disaster from which the nation’s delicate nature reserves might never recover.

A pilot project would determine whether the benefit outweighs the risk, or vice versa.

But last week, a committee voted in Jerusalem to block a pilot project in south-central Israel to check it out. An exploration that began in 2011 estimated that approximately 40 billion barrels of oil are sitting below the surface of the Ela Valley at a depth of approximately 200 to 400 meters.

After having started an initial exploration several years ago — one that was frozen in 2011 — the Jerusalem-based Israel Energy Initiatives firm wanted to move to a pilot project to determine its viability. The plan involved extracting a total of 500 barrels of oil — about two barrels per day — to see if the site was commercially viable.

The process that would be used involves a new technology never before used anywhere else in the world. It’s not “fracking,” which involves drilling for liquid oil.

This involves converting the very rock itself into oil – a form of hydrocarbons — known as “oil shale.” There is a massive amount of it in Israel, apparently, if one can figure out how to extract it and it seems that IEI chief scientist Harold Vinegar has managed to do it. The company’s former Minister of National Infrastructure and now IEI CEO, Effie Eitam, is also very involved.

In order to bring up oil shale, one drills heating wells into the rock, gradually heating it to 300 degrees centigrade over a period of nine months, which then separates and lifts the oil and leaves the rock below.

IEI said the process would not damage the ecosystem in the 238-square kilometer Shfela basin area.

About 200 meters of rock separates the layer of shale rock from the aquifer in the region, according to IEI, which insists drilling will not penetrate this layer. As a result, the company says, the aquifer will not be harmed. Israel’s Water Authority hydrologists agreed.

Israel’s Society for the Protection of Nature in Israel also threw its support to the opposition, adding that the company’s plans seemed to be “shrouded in secrecy.”

Last week, the Jerusalem District Committee for Planning and Building voted 10-1 to reject the Jerusalem-based Israel Energy Initiatives’ project to drill for oil shale in the Shfela basin. There were two abstentions in the 10-hour committee meeting vote, which was a continuation of August’s unresolved nine-hour discussion.

Had the exploration gone forward, IEI CEO Relik Shafir told The Jerusalem Post in an interview this summer, the project had the potential to bring Israel “energy independence and a commercial value … to the tune of at least NIS 10 billion a year.” 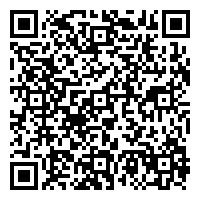