A groundswell of support for Efrat Chief Rabbi Shlomo Riskin is growing around the country, with the latest outcry coming from Jewish Agency for Israel Chairman Natan Sharansky.

Forces in the Israeli Chief Rabbinate are reportedly attempting to pressure Riskin into an early retirement from his long-time position. The rabbi is one of the founders of the Judean city of Efrat, which was built in Gush Etzion in the early 1980s, about ten minutes’ drive south of Jerusalem. Riskin is deeply popular with the city’s residents.


“The Jewish People, and particularly the people of Efrat, deserve the continued service of Rabbi Shlomo Riskin, a Jewish leader and Israeli patriot,” Sharansky said in a statement released Wednesday.

“Rabbi Riskin’s contributions to Aliyah, to building the State and Land of Israel, to connecting the Jews of the Diaspora to their homeland, and to connecting all Jews to the Torah, are of historic proportions.

“In view of these outstanding and unparalleled achievements, there should be no questions about his qualifications for his continued service,” Sharansky said.

The agency leader is known throughout the Jewish world for his history of maintaining his intention to move to Israel, despite major government persecutions by the Soviet Union.

Once freed from prison, Sharansky immediately made good on his public claim and moved to the Jewish State. 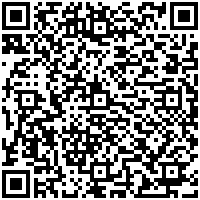