While Canadian Jewish groups welcomed the move by Canada’s government to designate several Islamic extremist, neo-Nazi and white-supremacist groups as terror groups on Wednesday, some expressed disappointment that Iran’s Islamic Revolutionary Guards Corps was not included.

“B’nai Brith Canada welcomes today’s listing of new far-right, mostly neo-Nazi groups & ISIS/Al-Qaeda affiliates as part of Canada’s ongoing fight against terrorism. That being said, we remain disturbed by the govt’s longstanding failure to list the IRGC,” the group tweeted.


“Ultimately, the IRGC is much more dangerous than any of the groups listed, and constitutes a real and present danger to Iranian dissidents, the Jewish community and Canadians in general,” it emphasized.

Among entities that the Canadian government added to its list of terror groups include the Proud Boys, Atomwaffen Division, the Base and the Russian Imperial Movement. Five affiliates of ISIS, three Al-Qaeda affiliates and Hizbul Mujahedin were also listed.

“Violent acts of terrorism have no place in Canadian society or abroad. [These] additions to the Criminal Code list of terrorist entities are an important step in our effort to combat violent extremism in all forms,” said Bill Blair, Canada’s Public Safety Minister in a statement.

Being on the terror list makes it more difficult for groups to operate and recruit in Canada. In addition, their property can be seized.

“Given the increasing threat posed by extremist groups in Canada and around the world, we are pleased to see the Canadian government take this important step in protecting the safety of its citizens and combating extremist groups that promote and commit hateful and violent acts,” Michael Levitt, president and CEO of Friends of Simon Wiesenthal Center for Holocaust Studies, said in a statement.

“In addition to these groups, we continue to urge the government to follow through on listing the Islamic Revolutionary Guard Corps (IRGC) as a terrorist entity.”

In 2018, Canada’s House of Commons voted to list the entire IRGC as a terrorist organization, but the government has so far yet to follow through with the move. The IRGC’s Quds Force is already designated as a terrorist entity by Canada. 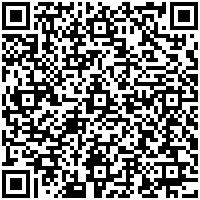