The second in a series.

On May 31, 2010, there was an historic confrontation between the Israeli Navy and six ships sailing from Turkey, seeking to blow up the internationally-recognized legal naval blockade of the Gaza Strip.


Starting the very morning of the incident, Sidney Blumenthal began emailing Hillary Clinton, haranguing her to treat this grave tragedy as a whip with which to lash Israel.

Blumenthal also sent screeds written by his unhinged son Max, who insisted that the entire incident was orchestrated in advance by a bloodthirsty Israel as a means to blow up the peace process.

But this confrontation, known as the Mavi Marmara raid – after the lead Turkish ship  – or as the Gaza Flotilla built to a crescendo when the IHH-terrorists aboard the ship ignored repeated warnings to change course and steer towards the Israeli coastal town of Ashdod, just north of Gaza. When the ships refused to heed the directions, elite IDF naval commandos were lowered from helicopters by ropes, onto the ship’s deck.

As soon as the Israelis landed aboard the Mavi Marmara, they were attacked by demonstrators who used clubs to beat them, as well as knives. Weapons were also stripped from the Israeli soldiers, and used against them. One wounded soldier had to be thrown over the deck to get him to the relative safety of the sea.

By the time the attack ended, seven IDF soldiers were wounded and nine Turkish citizens were killed when off-board soldiers came to their colleagues’ rescue.

Eight out of the nine who died aboard the ship were later identified as members of Turkish Islamist organizations. Half of those killed had written wills or informed others that they sought to die as martyrs. Not a single human rights activist were among the victims on May 31, as they all stayed below deck, choosing not to join in the fracas with the antagonists carrying an array of weapons.

Early that very afternoon, Blumenthal père wrote to Clinton, viciously comparing the Flotilla raid to the 1976 Entebbe raid, in which Benjamin Netanyahu’s brother, Yoni, was tragically killed despite the complete success otherwise.

“The raid on the ship to Gaza resembles the raid on Entebbe, except that there are no hostages, no guns, it’s not in Africa, and it’s a fiasco; otherwise, it’s Entebbe,” Blumenthal wrote to Clinton. He went on, warning Clinton that the international press will want to know how the U.S. is going to respond to Israel’s calamitous actions, and pointed out that the U.S. shouldn’t look as though it was secretly supporting Israel on this.

Finally, Blumenthal pointed out the likelihood of harm to the peace process and to embarrassment to Obama just on the eve of Netanyahu’s visit. Blumenthal then suggestively asks, “Or are the Israelis bone stupid? I don’t think so. Cheers, Sid.” In other words, this is what the Israelis intended.

Clinton forwarded this email to her deputy chief of staff Jake Sullivan, with an “FYI” and “ITYS” notation.

By the next morning, Blumenthal had written a seven-point memo to Clinton suggesting ways in which she and the United States should respond to the flotilla incident. Amongst other points, he told her that “someone in authority needs to read Israel the riot act”; Michael Oren should be given the “full dress Biden treatment”; that the “Gaza embargo is obviously wildly counterproductive,” which “has to end” and that end “should begin now.” 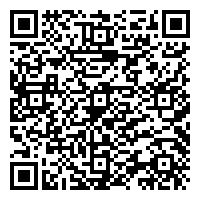