Asserting that no individual has done more than former President Jimmy Carter to defame Israel and to challenge its right to exist, a group of readers filed a class action suit against Carter and the Simon & Schuster publishing company, back in February, 2011, alleging that Carter’s book, “Palestine: Peace Not Apartheid,” contains numerous false and knowingly misleading statements intended to promote the author’s agenda of anti-Israel propaganda and to deceive the reading public instead of presenting accurate information as advertised.


The five plaintiffs named in the lawsuit are seeking at least $5 million in compensation. The hard cover edition cost $27.

“It is a great shame that Cardozo Law School will be giving an award to the former U.S. president. President Carter is a person who has exploited his standing to spread lies about the State of Israel, use every possible opportunity to defame the Middle East ‘s sole democracy, and challenge the Jewish state’s right to exist. His book promoted anti-Israel propaganda and lies, and he has even met with representatives of Hamas, a terrorist group responsible for murdering Israelis and Americans.”

In December, 2012, former president Carter apologized to the Jewish community, asking their forgiveness for any negative stigma he may have caused Israel over the years.

“As I would have noted at Rosh Hashanah and Yom Kippur, but which is appropriate at any time of the year, I offer an Al Het for any words or deeds of mine that may have done so,” he said.

The “Al Chet” supplication is recited during the Yom Kippur prayers.

But Nitsana Darshan-Leitner does not seem impressed by the letter, which coincided with Jimmy’s son, Jason Carter, was considering a run to fill a seat in heavily-Jewish suburban DeKalb County, GA.

“He has visited ten times in Gaza and Saudi Arabia since that apology, and he never expressed regrets over his views,” she noted.

The suit, meanwhile, was deleted from the Federal Court’s agenda on a technicality, and will be filed again in NY State court, according to Darshan-Leitner.

The plaintiffs in that suit and the one to be filed, who described themselves as members of the reading public who purchased Carter’s book expecting that they were buying an accurate and factual record of historic events concerning Israel and the Palestinian Arabs, contended that Carter and his publisher intentionally presented untrue and inaccurate information and sought to capitalize on the author’s status as a former President to mislead unsuspecting members of the public.

The complaint alleged that the defendants’ misrepresentations, all highly critical of Israel, violated New York consumer protection laws, specifically New York General Business Law § 349, which makes it unlawful to engage in deceptive acts in the course of conducting business. While acknowledging Carter’s right to publish his personal views, the plaintiffs assert that the defendants violated the law and, thus, harmed those who purchased the book.

The suit was the first time a former President and a publishing house have been sued for violating consumer protection laws by knowingly publishing inaccurate information while promoting a book as factual.

The complaint noted that after the book’s publication, some of Carter’s closest aides, including distinguished public officials and scholars personally involved in the events described, condemned the book as untruthful. Despite being presented with irrefutable proof that many of representations in the book are false, the defendants refused to make any corrections

Attorney David Schoen, representing the plaintiffs, stated: “It is, indeed, a sad day for all of us as Americans, when a former President demeans the dignity of his office by intentionally misstating critically important facts concerning events of great historic significance and public interest, simply to advance a personal anti-Israel animus and to foster the agenda of the enemies of Israel who pump so much money into the Center which bears his name.” 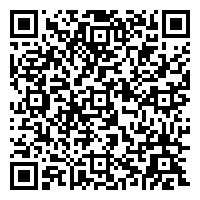