Nearly all of the Hamas leadership in Judea and Samaria is now in the hands of the IDF. In the process, a Palestinian Authority unity government Arab died at dawn in clashes at Jelazoun, north of Ramallah, but it is not clear whose bullet ended his life.

The Bethlehem-based Ma’an news agency reported the 20-year-old man was taken to hospital with “a bullet in his chest” but failed to mention whether the bullet was from a terrorist’s gun or that of the IDF. Two other rioters were also wounded, according to the report. The man had been one of the rioters trying to prevent IDF soldiers from their house to house search for three teenage yeshiva boys kidnapped by the terrorist group last Thursday night. The soldiers were also arresting Hamas members during the operation, which took place overnight throughout Judea and Samaria.


Nearly all of the Hamas leadership in Judea and Samaria is now in Israel’s custody, with some 150 arrests having been made over the past 48 hours. The IDF allegedly used explosives to blow open the door at one house in Hevron; two arrests were made in that incident.

Arabs also attacked Jews as they were walking back from a mass prayer rally at the Western Wall Sunday evening, singing songs of faith as they passed through the alleys of the Old City of Jerusalem. The mob of Arabs hurled rocks and chairs at the Jews, screaming and cursing at them, attempting to block them from moving forward until police arrived to break up the confrontation. A video of the attack can be seen on the Arutz Sheva website.

Arab attacks on Jews in and around the Old City and on routes to and from the Western Wall are becoming increasingly more common: an American tourist who asked not to be identified told The Jewish Press that her visit to the sacred site on Friday night was marred by a what she called a similar “unpleasant incident.”

The woman, accompanied by an Israeli friend, was on her way to the Western Wall when a group of Arab teenage boys “bumped into us, deliberately getting between us, smoking cigarettes and looking very insolent. They went out of their way to get into our way,” she said, “and then looking to see what we would do about it, if anything. I am a New Yorker so I just kept walking. But it was not pleasant and it’s never happened before. I thought it was very odd.”

On Sunday night, PUG Arabs also opened fire in a drive-by shooting at an IDF checkpoint protecting the entrance to Jerusalem on the Gush Etzion tunnel road. No one was injured in the shooting, which took place on Highway 60 near the Arab village of Walleja. Five bullet casings were later found near the site of the incident.

Two of the kidnapped yeshiva boys — Gilad Sha’ar and U.S.-born Naftali Frenkel are age 16, and Eyal Yifrach is 19 years old. All three learn at the Mekor Chaim Yeshiva in the Judean community of Kfar Etzion in Gush Etzion. They were traveling to their homes for the Sabbath when they were kidnapped. One managed to call police at 10:25 p.m. to let them know they had been grabbed by terrorists before their cell phones were cut off, police said Sunday night.

By early Sunday, some 80 Hamas members and more than a dozen Islamic Jihad terror suspects had been rounded up for questioning in the search for the missing teens. Overnight Sunday night, another 50 Hamas and Islamic Jihad members were taken into custody. 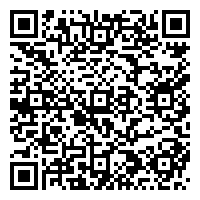