Kenya security forces foiled another attack Sunday and saved the lives of approximately 100 people inside a targeted cathedral in Mombasa while the country begins three days of mourning for 148 victims on Thursday’s terrorist attack as Garissa University College.

Kenya officials, under harsh criticism for their slow reaction to the attack, have arrested five suspects.


Kenya is predominantly Christian, and Muslim leaders joined priests on Sunday to speak out against violence.

Churches were heavily guarded for Easter Sunday prayers, and the extra deployment of forces may have led to the prevention of the planned attack on the cathedral.

“We are very concerned about the security of our churches and worshippers, especially this Easter period, and also because it is clear that these attackers are targeting Christians,” said Willybard Lagho, priest and chairman of the Coast Interfaith Council of Clerics.

Police have been deployed at malls and public buildings in Nairobi and along the eastern coast, while authorities have tried to close holes in the border with Somalia with the aid of helicopters.

Students at Garissa College told the country’s The Daily Nation that there had been warnings of a terrorist attack.

“There were rumors that there was going to be an attack on students. Some students said the messages were written in Arabic and that the writer cautioned Muslim students,” one student said, but some people thought it was an April Fool’s Day prank. 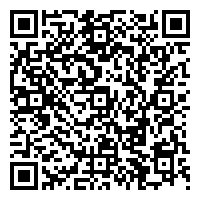