Jewish leaders in the United States are starting to rethink the instinctive ties the community has had with the Democratic Party from time immemorial.

The change of heart comes in the wake of the deal signed last week with Tehran allowing it to pursue nuclear technology development and research.


Last week, White House chief of staff Denis McDonough met with a group of Jewish Democratic Congress members to discuss the issue. According to a source who was present at the meeting, McDonough was told that to help “sell a very unpopular deal to our constituents…” President Barack Obama would have to “increase his popularity with our constituents,” Fox News reported.

He was also advised to suggest the president tone down his war with Israeli Prime Minister Binyamin Netanyahu – or at least avoid “getting into a daily argument” with him, as one person at the meeting reportedly put it.

Bottom line, however, was that the Democratic party is losing its credibility with Jewish voters, and their leaders as well, because Jewish concerns do not seems to be as important as America’s nuclear deal with Iran.

Given the fact that the deal constitutes an existential threat to the State of Israel – and that U.S. leaders are refusing to add a condition that Iran also “recognize Israel’s right to exist,” the loss of Jewish support is no surprise to anyone with a brain.

Republicans will work hard to transform this into new Jewish support for the GOP in the 2016 presidential race, but their ability to recruit the group to the ranks of conservatives has yet to be determined.

Israel’s security cabinet last week unanimously voted to oppose the deal, which does not dismantle Iran’s nuclear technology program, nor does it adequately enforce limits on Tehran’s uranium enrichment activities.

Israel is not the only country is the Middle East made uneasy by the agreement: Saudi Arabia is outraged, as are a number of other Gulf nations. So are Lebanese and moderate Syrian opposition forces, who contend the deal opens the door for a flood of new funding from Iran to Syrian President Bashar al-Assad.

Approximately $150 billion in Iranian funds is likely to be unfrozen shortly, according to Syrian coalition representative in exile, Monzer Akbik. “This will help Assad a lot,” he told The New York Times.

Syrian activist Aboud Dandachi, currently living in Istanbul, also made his disgust clear: “Set up a theocracy in Idlib, fund terror groups worldwide & then Obama will give you your heart’s desire,” he tweeted last week.

And then there’s Iranian-backed Hezbollah, which wields heavy influence and control in Lebanon and Damascus.

Hezbollah and Iran’s elite Revolutionary Guard Corps are also fighting alongside the Syrian government troops to crush moderate Islamist opposition forces. Oddly, they have done little to fight back against radical Islamist groups such as Al Qaeda-backed Jabhat al-Nusra, and Islamic State in Iraq and Syria, known as Daesh or ISIS.

In Yemen, Iran is strongly backing Houthi rebels who destroyed that country’s legitimate government and now are dismantling the rest of its capital and other cities.

But closer to home – for Israel, anyway – Iran long ago armed Gaza terrorist groups to the teeth. Now Tehran has committed itself to arming jihadist groups in the West Bank as well, stating last week, again, that the annihilation of the State of Israel is “non-negotiable.”

Given Iran’s commitment and its new freedom to continue to develop nuclear technology, Jews in America have good reason to re-evaluate their loyalty to a political party with little interest in their own concerns.

Have they awakened too late? It’s too soon to say. 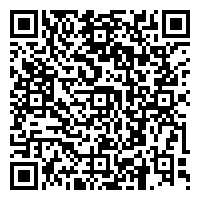