For the past few weeks, police in central Israel have been searching for the locations where Palestinian Authority Arab are sleeping when illegally staying overnight in the Tel Aviv area, according to a Tazpit report.

Palestinian Authority citizens with work permits are required to return to the PA controlled areas at night, but many don’t — creating a security risk.


Others, illegally cross the Green Line for work, thievery or as we’ve unfortunately and repeatedly experienced lately, deadly terror attacks.

Following some leads, the police began to search the area’s cemeteries, but found no signs of illegal PA Arabs, or that anyone else for that matter was living in the cemeteries.

On Saturday night, once again following a citizen’s reports of having seen Arabs in the Herzliya cemetery, police set up a stakeout, but despite the hours they spent in the graveyard, they still couldn’t find any illegal PA Arabs.

At the end of the stakeout, the police decided to check the inside of the vertical cemetery section currently under construction.

Israel has been building vertically tiered cemeteries in recent years to save space. Vertical cemeteries are concrete graves vaults or niches that are stacked horizontally side by side, and then vertically one on top of the other.

They found the first few niches empty, but when they continued to look, they found indications that someone was using the grave vaults for storage.

To their surprise, they then discovered the rest of the tombs were being used by the PA Arabs as overnight sleeping quarters and storage units.

Not much different than the Japanese sleeping pods being considered in Tel Aviv – but without the amenities or hostel fees.

Seven PA Arabs without work or entry permits, and some of them with stolen goods on them, were found sleeping peacefully in their graves.

Needless to say, they were disinterred and arrested. 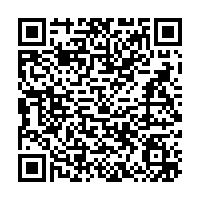