U.S. Secretary of State John Kerry pushed the emergency ejection button on his Paris talks with Russian foreign minister Sergei Lavrov over the crisis in Ukraine and flew into Israel to try and force a last-minute agreement between Israel and the Palestinian Authority for the release of more Arab terrorists.

Prime Minister Binyamin Netanyahu has stated no more concessions will be taken unless it is “clear” what Israel will receive in return, but it is anyone’s guess what Israel could gain except for Brownie points in the White House and another dinner with Kerry, for what it’s worth.


And motorists are being smacked with the occasional closing of the Tel Aviv-Jerusalem highway between 5:30 p.m. and 7:30 pm. Israeli time and during Tuesday morning’s rush hour, 8-10 a.m., so Kerry can have all the of the road it himself.

The Palestinian Authority newspaper Al-Quds quoted Kerry as saying he told PA officials he will free the terrorists with his own hands if he has to.

Most Israelis, from Defense Minister Moshe Ya’alon to even the dovish media with the exception of Haaretz, would not mind if Kerry would take a walk, a very long walk and even better off a short pier.

The Palestinian Authority also is not so thrilled with him. Its officials have created a cold air mass before his arrival, saying that they really are not interested in extending the talks that Kerry initiated last July, but that can be discounted as playing hard to get.

Kerry will meet with Prime Minister Netanyahu Monday evening and then travel to Ramallah for a discussion with Mahmoud Abbas.

“Secretary Kerry decided it would be productive to return to the region,” State Dept. spokeswoman Jen Psaki said.
Translation: Kerry is roaring into town with ammunition on both shoulders and will tell both sides that they will bear the wrath of Obama himself if they don’t agree to help the president make a fool out of himself.

No one really knows who is on first anymore. Kerry and his media groupies have created the fiction that Israel agreed last July to free several Arab terrorists who are card-carrying Israeli citizens.

Israel reportedly has offered to free more than the last group of 26 terrorists, which is not likely to happen unless he card-carrying Israelis will remain in jail. The Palestinian Authority supposedly has demanded that Israel free several hundred terrorists, and all of this, of course, for the grand prize of a few more months of charades masked as negotiations” over when to end the follies.

Kerry said Monday afternoon, “I think it’d be inappropriate to get into any kind of judgments about what may or may not occur or happen because it’s really a question between the Palestinians and the Israelis, and what Prime Minister Netanyahu is prepared to do. So he has – he is working diligently, I know. I just literally talked to him 15 minutes ago. And he’s working at it.”

Kerry and Netanyahu spoke Sunday night and again Monday morning, and they obviously were not just chewing the fat.

Not by coincidence, Opposition leader Yitzchak Herzog is meeting in Amman Monday with Jordanian King Abdullah, the first official Israeli visit since Israeli soldiers killed a Jordanian judge at the Allenby Bridge crossing when he allegedly attacked a soldier and tried to grab his weapon.

Kerry is banking on the usual gambit of threatening Abba and Netanyahu that whoever says “no” will be blamed for the collapse of his stage show. At some point, and that point is not far down the road and may already have been reached, the Palestinian Authority will say, “Blame us all you want. We have the United Nations in our pockets.”

Netanyahu so far has been too chicken to be blamed because the only thing he has in his picket is the Book of Psalms, but he hasn’t used it very much. 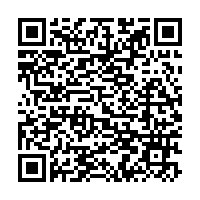