The big news on Tuesday, March 4, for people who pay close attention to what is happening in the Middle East, was that Israel commandeered an Iranian ship that was carrying illegal weapons which were on their way to Gaza, for use against the Jewish State.

In her daily briefing, the State Department spokesperson, Jen Psaki, provided details of American involvement which had not previously been widely noted.

Soon after becoming aware of the imminent movement of the suspected vessel, the White House directed the Department of Defense to monitor the vessel and to develop concepts of operation for a range of options in order to be prepared to take unilateral steps if necessary. This is part of, of course, a robust effort on the part of the Administration. We were closely coordinated, our intelligence and military activities, with the – with our Israeli counterparts, who ultimately chose to take the lead with this case. And even as we continue our efforts to resolve our concerns over Iran’s nuclear program through diplomacy, we will continue to stand up to Iran’s support for destabilizing activities in the region in coordination with our partners and allies.

Jay Carney, the spokesperson for U.S. President Barack Obama also spoke to reporters about U.S. involvement in the incident. Carney was aboard Air Force One when he offered his remarks, which closely tracked those of Psaki’s. He also pointed out that the weapons smuggling on the part of Iran was in direct violation United Nations Security Council resolutions.

“These illicit acts are unacceptable to the international community and in gross violation of Iran’s Security Council obligations,” the spokesperson said, as reported by YNet.

There has not been any public mention by the Israelis of American involvement in the operation.

Obama: Netanyahu has to Prove He Supports Two State Solution

Can You Name the Capital of Israel?

US and Herzog Try to Reincarnate the ‘Peace Process’ 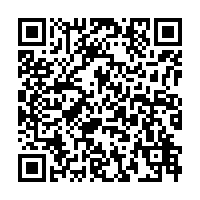