The law clinics at the Sha’arei Mishpat College in Hod Hasharon, Israel, are asking that their female students of halachic law be permitted to participate in the rabbinic tests which nowadays are given strictly to men, Israeli Radio reported.

The clinics emphasize in a letter to Chief Rabbi David Lau that they are not requesting their students be awarded an ordination after passing the test, but rather for the Rabbinate to acknowledge their knowledge of the law, since many of them are planning a career as halachic advisers, especially in Jewish family law.

Attorney Dr. Aviad Hacohen, who sent the letter to the chief rabbi on behalf of the law clinics at Sha’arei Mishpat College, where he serves as dean, noted that he had received many requests for recognition from women engaged in advance halachic studies in several institutions.

According to Yedioth, Hacohen demanded a quick response from the Rabbinate, hinting that he would otherwise appeal to the Supreme Court.

According to Hacohen, there has been a tremendous growth in women’s Torah studies, and some continue with intensive learning for many years, in institutions that very much parallel the men’s kolels. “Some of the students who have completed the first phase in their learning even serve as ‘halachic advisers,'” he wrote the chief rabbi.

Hacohen informed the chief rabbi that hundreds of women have been approaching him every month, asking to find a certified way of evaluating their level of achievement. Their needs, states the dean, are entirely pragmatic. They’re looking for a way to make a living using their halachic knowledge.

But in order for these women to find their place in the job market, they’d like to be tested by the same exams given to men – but the problem is that these exams are only being given to men.

Dr. Hacohen proposed to the chief rabbi: “Please facilitate for them to be tested with the same exams given to men (of course with adherence to the rules of modesty), or, otherwise, offer similar tests for women, on the same level and the same breadth as the men’s.”

“This appeal is not related to the issue of ordaining women rabbis (which is a complicated and completely different issue),” he assured the chief rabbi, “but rather giving an opportunity to these women to be tested on what they know, like the men (who also, as you know, don’t all become rabbis after their ordination), and to receive ‘state recognition’ of their halachic knowledge, like the men.”

Attorney Hacohen ended his letter stating: “I believe that under the current circumstances and needs, there must be a suitable and appropriate solution to this issue.”

And he concludes with a thinly veiled threat: “This would prevent our turning to other avenues, whose damage might be greater than the good they would do.”

So now Chief Rabbi Lau has to decide between two slippery slopes: give the learned ladies the tests which would position them just this side of being qualified for an ordination – or permit the supreme court to take over and decide the case strictly based on equal rights.

Chief Rabbi Orders an End to Special Prayers for Rain 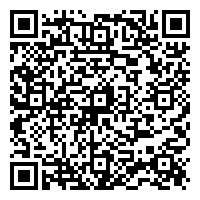