Former Lebanese Prime Minister Sa’ad Hariri launched a new 30-minister government on Sunday, one that ranged from one end of the political spectrum to the other and included all parties with the exception of the right-wing Christian Phalangists. The latter rejected the minister of state portfolio it was offered.

“This is a government of entente,” Hariri said, after six weeks of hard work forming the new coalition following the election of President Michel Aoun.


Hariri, 46, is not a supporter of Iranian-backed Shi’ite Hezbollah, some members of which have been accused of involvement in the 2005 murder of his father, also a prime minister of Lebanon. But a return to power required him to support the Hezbollah candidate for the presidency – Aoun – and to at least tolerate two ministers from the terrorist organization.

The prime minister is also an opponent of Syria and any meddling or other influence from the regime of its President Bashar al-Assad, “spillover” or other “negative consequences” from its savage civil war, AFP reported.

New portfolios in the government include an anti-corruption ministry and a first-time minister of state for women’s affairs. 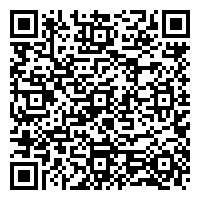