Thousands of pro-Israel activists are expected to show up this afternoon (Sunday, March 13) at a national rally for peace organized by North West Friends of Israel (NWFOI).

Scheduled for 2 pm at the Palace Theater in south Manchester, the theme of the rally is “Say No To Terror: Say Yes to Peace.”


The rally has received support from grassroots groups around the UK but also from top leaders such as Britain’s Chief Rabbi Ephraim Mirvis, the Jewish Leadership Council, the Israeli Embassy, and Israel’s Prime Minister Benjamin Netanyahu himself.

Rally co-chair Anthony Dennison told the British Jewish Chronicle that upon release of the location, reservations for the event “came through thick and fast.”

The event was originally set for January 31 but organizers were forced to reschedule when the site owners of the Sheridan Suite cancelled in response to “gross intimidation” from the anti-Semitic Boycott, Divestment and Sanctions (BDS) movement. 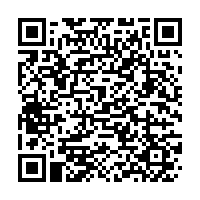