Someone broke and stole two mezuzahs from the Chabad Center of East Boca Raton in Florida. But it’s not yet clear whether the perpetrator was thief or an anti-Semitic vandal.


The vandals stole and broke two mezuzahs from the center last weekend. This past Friday the rabbi replaced a mezuzah at the main entrance to the Chabad House, the Coordination Forum for Countering Antisemitism (CFCA) reported.

The rabbi described the purpose of the mezuzah as “an ancient security system.” He said Jewish tradition notes that mezuzahs are to be placed on doorways to provide protection to those entering and leaving.

The two outside the rabbi’s Chabad center together were worth approximately $500.

A spokesperson for Boca Raton police has said the case has not been classified as a hate crime thus far. An investigation has been launched.

Lessons From Surfside: Holon Building Evacuated Day Before It Collapses 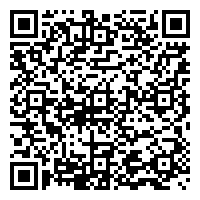