The new Senate minority leader Chuck Schumer (D-NY) told Politico on Friday that he is not ready to commit to working with Trump and the Republican majority to ditch President Obama’s nuclear deal with Iran — which Schumer opposed back in the summer of 2015.


In that context, Schumer was vague guidance on when or how often he and fellow Democrats plan to use the Senate’s super majority rules to deny Republicans the votes on their upcoming legislation.

“There’s a lot of troubling things coming down the pike,” Schumer said, revealing for now that the Democrats are prepared to block a repeal of the Dodd-Frank Wall Street Reform and Consumer Protection Act of 2010, as well as the Patient Protection and Affordable Care Act of 2010, a.k.a. Obamacare.

As to his most famous constituent, President Elect Donald Trump, who over the years had given him $9,000 in political donations, Schumer told politico, “He was not my friend. We never went golfing together, even had a meal together. He’s called me, we’ve had civil conversations a couple of times.”

Trump, for his part, said MSNBC’s “Morning Joe” in January: “Hey look, I think I’ll be able to get along well with Chuck Schumer. I was always very good with Schumer. I was close to Schumer in many ways.”

Not very memorable ones apparently. There’s a limit to how much one should expect from a politician in return for 9 grand…

I have always had a good relationship with Chuck Schumer. He is far smarter than Harry R and has the ability to get things done. Good news! 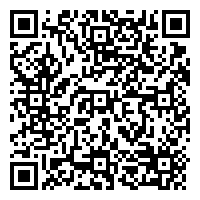