The mayor of the Missouri hometown of the Passover Eve murdered has resigned after saying he agreed with some views of the suspected killer of three people at Jewish sites in suburban Kansas City, Kan.

Marionville, Mo. Mayor Dan Clevenger offered his resignation at a special Board of Aldermen meeting on Monday night after the aldermen had voted 4-1 to start impeachment proceedings against the mayor.


Residents who attended the meeting overwhelmingly called for his resignation or impeachment following his outrageous anti-Semitic comments made in response to the arrest of Frazier Glenn Miller, charged with the murders.

Clevenger, who was elected earlier this month, said he “kind of agreed with him on some things, but I don’t like to express that too much.”

Several years earlier he had offered a more robust endorsement of Miller in a letter sent to a local newspaper. He told the Springfield News-Ledger on Monday that he regrets writing the letter to the Aurora Advertiser about ten years ago, “I am a friend of Frazier Miller helping to spread his warnings. The Jew-run medical industry has succeeded in destroying the United State’s workforce.”

Miller, who also goes by the name Frazier Glenn Cross, has been charged in the fatal April 13 shootings of a man and his 14-year-old grandson outside the Jewish Community Center of Greater Kansas City in Overland Park, Kan., and a woman outside the nearby Village Shalom retirement community.

Marionville resident Debbie Sallee told television station KOLR, “No matter what his personal beliefs are, he portrayed those on his interview as the Mayor of Marionville. And we are getting feedback from the community and the nation that if we elect a man like that to be our mayor of our city, that we must be like that, too, and that is very important people know that is not our city.”

Clevenger insisted that he is not a white supremacist and that he has “no doubt” he could fairly represent a Jewish resident.

The town’s local website  notes that that are churches for Catholics, Mormons, Baptists and Methodists, among other Christian groups. It is not known if there is a single Jew living in the town, but census records show there are no blacks there.

President Barack Obama need not apply as a neighbor. The town voted 72 percent for Mitt Romney in the 2012 presidential election.

Not surprisingly, Missouri bills the town as “the home of the white squirrels.” 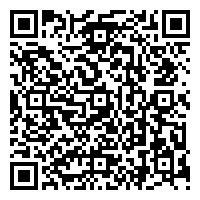