Ehud Ya’ari of Israel’s Channel 2 News reported on Tuesday night, that Egypt and Russia will be signing an unprecedented military agreement.

In this agreement between Cairo and Moscow, Egypt will receive 24 of Russia’s advanced Mikoyan MiG-35 fighter jets, along with military and strategic advisers, as well as training for the Egyptian Air Force.


The deal is worth $3 billion.

It follows in the footsteps of a $2 billion arms deal that Egypt signed with Russia in February, and was primarily funded by Saudi Arabia and the United Arab Emirates.

The deal itself has been in the works since November, as JewishPress.com reported when Russian Foreign Minister Sergei Lavrov and Defense Minister Sergei Shoigu visited Cairo and Egyptian leader Abdel Fattah el-Sisi, and developed in response to decreased US military aid to Egypt.

This deal is a major setback to US policy and diplomacy in the Middle East, and is a direct slap in the face for U.S. President Obama.

In related news, the U.S. is sending 600 troops to Eastern Europe for an exercise, to try to reassure its NATO allies, following Russia’s actions in Ukraine.

It Gets Worse: Abbas’s Nemesis In on Peace Deal, UAE Demanding Advanced Weapons

Sisi: ‘Muslim Brotherhood is the Origin of all Islamic Extremism’ 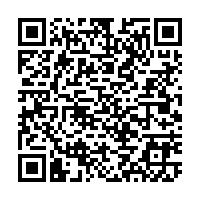