A man identified as “P. Taras” who says he is  a rabbi is suing rapper “Ice Cube” for $2 million following an assault the entertainer ordered after the two men literally bumped into each other outside an elevator.

The TMZ website reported that Taras said he was at the MGM Detroit hotel on Monday, the holiday of Shavuot, when Ice Cube bumped into him.


Taras said something to the tune of “Hey, watch out,” and Ice Cube allegedly sent his “boys” into action with a few punches to the sounds of some ad lib anti-Semitic rap.

The victim says he may have been beaten up because he was wearing a kippa, but Ice Cube’s spokesmen said it all is a lie and that the rapper does not even know who Taras is.

Of course he would not know since the first time they met is when they bumped into each other because one or both of them was not looking straight ahead.

But who is this rabbi “Taras”? And what was he doing in a hotel, which features casinos, on Shavuot.

No, I have never heard of a rabbi here in Detroit named Taras….Now, for the record, I don’t believe there is such a rabbi named Taras here in Detroit. Of course, there could have been a rabbi visiting over the Memorial Day weekend… but I highly doubt any Jewish person wearing a yarmulke would have been at the MGM Grand on the Shavuot holiday, when going to a casino would be forbidden

Taras wants the last word and commented on TMZ, but this time he posted his name as “Rev Taras,” which means he might be a reverend, who is a religious functionary, even though he signed off as “P. Taras:

This incident occurred in the HOTEL part, and their [sic] is video which is already in my possession. I am not releasing any videos due to the fact that Mr. Jackson has a right to defend this suit, and he has not yet been served with the complaint. When same happens, at the apporpriate [sic] time I will release such material. -P. Taras

Ice Cube is a Muslim by conversion, and many of his lyrics are blatantly violent, with one of his songs calling for the murder of a Jew in the music industry. One of his lines in a rap was, “Let a white Jew tell [them] what to do.”

But that does not mean that “Taras” is not trying a scam to win more than he could win in a casino on Shavuot, as some of TMZ’s readers noted on the website.

A Tale of Two Women – Shavuot

The Mind-Blowing Reason We Eat Dairy on Shavuot 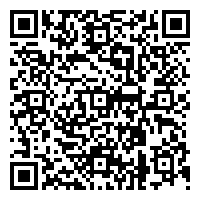