The slings and arrows of Israeli election campaigning is so much more interesting than that which takes place in the United States. People really roll their sleeves up and get right down into it, you know?

Prime Minister Binyamin Netanyahu went straight to social media on Monday to blast the owner of Hebrew-language newspaper Yediot Acharonot and its online news service, Ynet over claims of biased coverage. His own rebuttal was also in Hebrew, translated into English courtesy of the Independent Media Review and Analysis watchdog group (IMRA).


“It’s time to put it on the table: the main factor behind the wave of calumny against me and my wife is Noni Mozes, the publisher of “Yediot Acharonot” and the website Ynet,” the prime minister wrote on his Facebook page. A similar charge also was posted to the prime minister’s page on Twitter.

“There’s no limit to what he is willing to do to bring down the Likud government under my leadership, to close the Yisrael Hayom newspaper and regain the destructive domination that Yediot Acharonot had on print news.”

Netanyahu accused the news outlet of attacking him and his wife Sarah “almost every hour, and sometimes every half hour on the Ynet website” with “ridiculous, false and biased smears.”

The prime minister acknowledged that not all the criticism aimed at his office came from Mozes. “There are many elements in the media who faithfully do their jobs,” he wrote. “They criticize the government on a substantive and sharp basis.

“But this is something else entirely: a businessman who has a strong presence in various types of media engaging in a systematic smear campaign against an incumbent prime minister to replace the ruling Israeli government to serve a clear business interest and personal financial gain.”

Netanyahu added that his own accusations were “just the tip of the iceberg” and vowed to “expand on this in the future.” 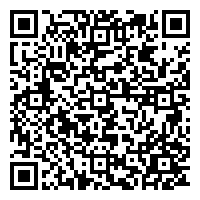