Israelis heading to Mimouna celebrations around the country may have had to fight the weather to get there but at least in one city many thought it was well worth the battle.

One of the “hottest” celebrations was held at the northern coastal town of Or Akiva, where Prime Minister Binyamin Netanyahu and his wife Sarah made their annual appearance.

Speaking to the gathering, Netanyahu told party goers it is “time to unite the country.” Among the promises he made to celebrants were vows to lower housing prices and the cost of living. “We promised to do it, and this will be our first task,” he said, “after putting together a coalition.” Another essential priority, he added, was the need to ensure the nation’s security – another promise he vowed to keep. 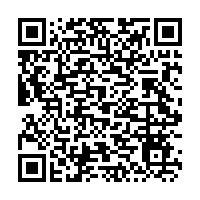