Prime Minister Benjamin Netanyahu on Monday met with his French counterpart Manuel Valls in Jerusalem, and the two issued a joint statement dealing with the common goals of Israel and France as well as the solution to the Israeli-Arab conflict which would include two states for two peoples.

“Although we disagree as to the best way to reach peace, I appreciate your commitment to seek peace,” Netanyahu told Valls. “I know how important it is for you to bring an end to the terrible violence that has been taking place in our region for too long, and I wish to thank you and President Hollande for your commitment to peace.”


Referring to the French peace initiative which is expected to take place in Paris in a week and a half without direct involvement of the two sides in the conflict, Netanyahu insisted that the only way to reach peace is through direct negotiations with the PA Arabs. “In a direct negotiation the Palestinian leadership would be forced to face a clear choice, and the choice is simple — recognize the Jewish State or continue to educate their people that some day Israel will disappear,” Netanyahu said. “And I urge you not to allow the Palestinian leadership to evade this tough choice.”

Netanyahu told Valls that he would be ready to embrace a French initiative if it would include direct negotiations between himself and the Chairman of the Palestinian Authority Mahmoud Abbas. “Every problematic issue will be on the negotiating table — mutual recognition, incitement, borders, refugee, as well as the settlements,” Netanyahu promised. “I’m ready to clear my schedule and fly to Paris tomorrow. Actually, I believe tomorrow we’re expanding the government, but the day after. And this is an open-ended offer. I’ll clear my agenda. And I hope you and the Palestinians will agree.”

Netanyahu also addressed the French vote last month at UNESCO, in favor of a resolution that referred to the Temple Mount and the Western Wall by their Arab names only and rejected any Jewish “claim” on the history of the holy sites. He congratulated Valls on his apology over the matter and his admission that it had been a mistake.

Prime Minister Valls promised to pass Netanyahu’s offer regarding the peace negotiations to President Hollande. “We are in favor of anything that would contribute to the peace,” Valls said. “We can discuss it, and we will make all the necessary clarifications. The discussion, I’m certain, will be most direct. But don’t doubt for one minute our will to do whatever is possible for peace, our commitment and my personal commitment in the fight against anti-Semitism, and the complete and unequivocal certainty that the Jewish roots of Jerusalem are completely indisputable.” 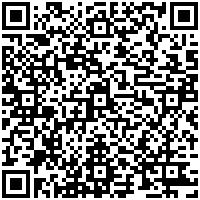