Sen. Bernie Sanders has picked James Zogby, a long-time pro-Palestinian activist, and Cornel West, a liberal—and very entertaining—racial justice activist, to be among his representatives on the Democratic party’s platform committee. This may be a signal that Sanders intends to pursue a radical policy on both the Israeli-Arab conflict and on African-American issues at the convention and beyond.

Sanders will have a great deal of influence on the Democratic Party platform this year, which is a considerable honor regardless of how much use anyone has for party platforms once the November vote is over.


According to the AP, the two Democratic candidates and the DNC have agreed on a new division of the 15-member platform committee, with Clinton picking six members, Sanders five, and DNC chair Debbie Wasserman Schultz four.

James Zogby is the founder and president of the Arab American Institute (AAI), a Washington, DC organization serving as a political and policy research arm of the Arab-American community. He is Managing Director of the Zogby polling service. 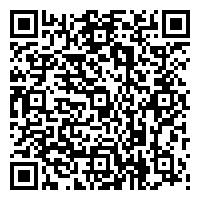