Netanyahu warned Guterres that Israel cannot accept Iran’s presence in Syria, which it is using to prepare for war against Israel:

“Iran is busy turning Syria into a base of military entrenchment and it wants to use Syria and Lebanon as war fronts against its declared goal to eradicate Israel.

It is also building sites to produce precision-guided missiles towards that end in both Syria and in Lebanon.

And I intend to speak to you at great length about this, and other tasks that I believe are important for the makings of peace and security in the world.”


Israel’s President Ruby Rivlin also met with Guterres earlier in the day, and told Guterres that he must work to end the discrimination against Israel in the UN. 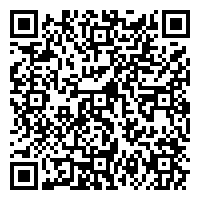