Prime Minister Benjamin Netanyahu on Tuesday afternoon met with a delegation of AIPAC leaders from across the US in Jerusalem and reiterated that Israel possesses “solid evidence” that the Obama Administration had collaborated in the framing of the UN Security Council anti-Israel resolution 2334 condemning the Jewish settlements enterprise and pressured UNSC members to vote in favor.

The PM repeated his charge that the president’s decision, taken in his last month in office, constitutes a breach with a long term tradition of administrations from both major parties.


Netanyahu also noted that, in the past, administrations that joined in a resolution condemning a feature of Israeli policy with which they disagreed, did not permit a wholesale condemnation of the Jewish State. He cited the example of a UNSC 1994 vote to condemn the killing of Arab worshippers in Hebron’s Cave of the Patriarchs by Dr. Baruch Goldstein when then US envoy to the UN Madeleine Albright insisted on a paragraph-by-paragraph vote, to edit out language saying Jerusalem was occupied territory.

Albright told the press at the time that the US opposes “the specific reference to Jerusalem in this resolution and will continue to oppose its insertion in future resolutions.” 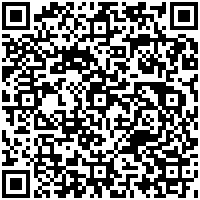