His remarks were made hours before French Foreign Minister Laurent Fabius is to speak with the Prime Minister after meeting Palestinian Authority chairman Mahmoud Abbas in Ramallah.


Fabius warned last week that “by doing nothing, there will be the twin risk of stalemate and setting [the conflict] ablaze.”

Looking back at the last 25 years of the “peace process,” it seems to have set everything ablaze, but Fabius still wants to try again, using the same magic potion but with larger dose of dynamite.

Prime Minister Netanyahu, without any hint to Fabius but with an obvious allusion to his new proposal reported here, said:

The relative quiet in Judea and Samaria does not need to fool anyone. There are attempts [by terrorists all the time, and to our dismay, sometimes they succeed.The reason that most of them do not succeed is the result of very intensive actions by the IDF, the Israel Security Agency (Shin Bet) and other security agencies.

There is a constant need to prevent these attacks, but the proposal of the international community does not have any real relationship to the security needs of Israel.

They are trying to push us to borders that cannot be defended while totally ignoring what will happen on the other side of the border.

Fabius wants the international community to replace the United States the non-existent table for non-existent negotiations for a non-existent willingness by the Palestinian Authority to receive every inch of land it says it wants but with the recognition of Israel as a Jewish state. 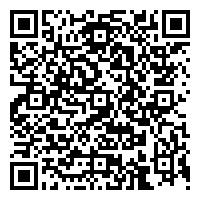