When presidential hopeful Bernie Sanders was young and still had all his hair, he was kicked out of a hippie commune in Vermont in 1971 because he was “sitting around and talking” politics instead of working, according to a new book that’s mostly about the kids who did all the working.

“We Are As Gods: Back to the Land in the 1970s on the Quest for a New America,” by Kate Daloz, scheduled to be released April 26, tells the story of Loraine, Craig, Pancake, Hershe, and a dozen of their friends, who came into possession of 116 acres, Myrtle Hill Farm, in northeast Vermont, and decided to “grow their own food, build their own shelter, and create an enlightened community. They had little idea that at the same moment, all over the country, a million other young people were making the same move—back to the land.”


Daloz grew up next door to the hippie farm about which she reports, in a geodesic dome (a spherical or hemispherical thin-shell structure that was popular in the 1960s).

Bernie Sanders, 30, came to Myrtle Hill in the summer of 1971, at about the same time he became active in the socialist Liberty Union Party. He was there in the middle of researching an article on natural childbirth for Movement, Liberty Union’s newspaper. According to Deloz, “Many elements of Western medicine came under suspicion during this period, but none more so than modern obstetrics.”

Other than working on his article, which involved interviewing a pregnant member of the commune, Sanders spent his time at Myrtle Hill in “endless political discussion,” Deloz reports. This did not go over well with the rest of the hippies, who were working the land the way folks used to do in Colonial Vermont, which meant enduring long hours of backbreaking labor. According to Daloz, one of the commune members, Craig, “resented feeling like he had to pull others out of Bernie’s orbit if any work was going to get accomplished that day.”

In the end, Sanders was told he was no longer welcome. “When Bernie had stayed for Myrtle’s allotted three days, Craig politely requested that he move on,” Daloz reports.

The topics Bernie liked to discuss with the real workers, included, according to Deloz, “a kibbutz-style school for commune children; the possibility of a coming violent revolution; and the pros and cons of group marriage.” So he picked up a thing or two back in 1963, in kibbutz Sha’arei Ha’amakim not far from Haifa.

The Myrtle Hill commune broke up in the 1980s, a victim of the War on Drugs. They grew marijuana on the grounds, to supplement their income, and law enforcement raided them. According to police reports, they found a quarter million dollars of marijuana and “a bullet-proof vest, a machete, a gas mask, and a fully loaded Uzi.” So some Israeli flavor lingered even after Bernie had been ousted. 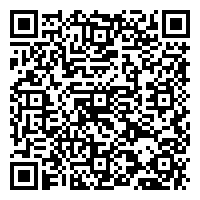