Two IDF soldiers were wounded in an Arab bombing attack aimed directly at their unit Wednesday morning as they defended engineers involved in demolishing the home of the terrorist who took the life of 23-year-old Shlomit Krigman, hy’d. The attack occurred in a “riot” at the Qalandiya “refugee camp” north of Jerusalem.

The soldiers were demolishing the family home of 17-year-old Hussein Abu Ghosh, the Hamas terrorist who murdered Krigman when Arabs in the area began “rioting.” That is, they began attacking the soldiers, hurling everything they could get their hands on at the IDF soldiers — including a homemade bomb.


One of the “rioters” protesting the demolition hurled a bomb at the forces, wounding two soldiers. Other security personnel used riot control measures until the demolition of the terrorist’s home was completed.

Both of the wounded soldiers were taken to Hadassah Mt. Scopus Medical Center with minor injuries and are currently listed in stable condition. Both were conscious when they were evacuated from the scene.

The murderous terrorist whose family home was demolished Wednesday was joined in his attack on the Beit Horon supermarket by 22-year-old Ibrahim Ala’an of Beit ur al-Tahta. The two reached the store via a nearby wadi, jumping the town’s security fence.

The two killers had planned for a bigger operation: they planted three IEDs (improvised explosive devices – homemade bombs) around the store prior to their attack. But they failed to injure more shoppers inside because they were shoved away by workers with shopping carts. 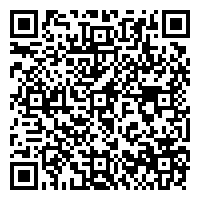