The “Guards of Eternity” forum, which is engaged in fighting antique robbers who are roaming free in Judea and Samaria, this week launched a WhatsApp informer hot line group to enable hikers who spot such thievery to send an alert and get volunteers to reach the site in real-time. The group promises that “every alert will receive an immediate response.”

According to Malachi Yizre’eli, a volunteer coordinator for Guards of Eternity, the group is calling on Israelis who spot an archaeological site that had been robbed or vandalized to send a WhatsApp to 055-666-6486 and report the site’s name, its GPS coordinates or its Google pin, the caller’s name and phone number, a description of the violation and, most important: images and videos of the site and, if possible, the criminals in action.


Antiquities theft and damage to archaeological sites are a daily occurrence in Israel. With the exception of a few guarded sites, there is hardly a site in the Jewish State that hasn’t been robbed, according to the “Guardians.” In fact, the group claims that the bulk of newly discovered archaeological sites had been first excavated by robbers.

The new group claims that while robbers within the “green line” are professionals, who carry out surgical attacks in an attempt to evade the Israel Antiquities Authority, in Judea and Samaria there is virtually no enforcement of the laws against antiques robberies by the IDF Civil Government. The robberies are carried out aggressively and in broad daylight. Unique legal issues between the IDF and the PA also make law enforcement difficult. 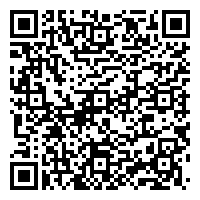