The European Union is funding dozens of projects that are dedicated to the destruction of Israel, according to a new report by the NGO Monitor.

The report, published Monday, says the European Union is the “single largest donor to non-governmental organizations (NGOs) active in the Arab-Israeli conflict, accounting for NIS 28.1 million in 2012-2014 to politicized Israeli NGOs alone.


“In contrast to the stated objectives, the EU funds a number of highly biased and politicized NGOs that exploit the rhetoric of human rights to promote anti-Israel BDS (boycotts, divestment, and sanctions) and lawfare campaigns, inflammatory rhetoric, and activities that oppose a two-state framework.”

One of the grants titled “Performing Arts: A Pathway Towards Self Expression and Democracy” amply demonstrates this situation. In 2014, during their participation in the EU’s Cultural Program, all twelve beneficiaries of this grant initiated a group statement calling for a cultural and academic boycott of Israel – in short, participation in BDS.

A total of 42 of the 180 grantees funded by the EU reportedly support the Boycott, Divest and Sanctions (BDS) Movement, the NGO Monitor found in its latest research. Some have received more than one grant, in fact, a phenomenon known as “double dipping.”

Moreover, 29 out of 100 European Union grants administered through the organization’s regional funding programs that are designated for Israel, the “West Bank” and Gaza, direct funds to groups that actively promote BDS, the NGO Monitor reported.

Nine BDS-supporting organizations were the recipients of the EU’s Partnership for Peace Program – a program designated for joint projects involving Israeli as well as Palestinian Authority organizations, meant to “build trust and understanding between societies in the region. 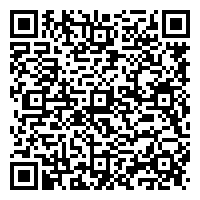