Knesset Members Sharren Haskel (Likud) and Yoseph Yonah (Zionist Camp-Labor) on Sunday concluded their official visit to Dushanbe, the capital of Tajikistan, where they held a series of meetings with senior state officials, including the speaker of Tajikistan’s parliament, the country’s labor and agriculture ministers, and Members of Parliament.

The Republic of Tajikistan is a mountainous, landlocked country in Central Asia with an estimated 8 million people, bordered by Afghanistan and Pakistan to the south, Uzbekistan to the west, Kyrgyzstan to the north, and China to the east. Tajikistan became an independent nation in 1991, following the breakup of the Soviet Union. A civil war erupted almost immediately after independence, lasting from 1992 to 1997. Since the end of the war, newly established political stability and foreign aid have allowed the country’s stability and economy to grow.

The MKs’ discussions centered on intensifying the cooperation between Israel and Tajikistan – mainly with regards to agriculture and health, and establishing permanent ties between the friendship groups of the countries’ parliaments. The MKs invited senior government officials to visit Israel.

The visit marked the first time members of Israel’s political echelon visit Tajikistan in an official capacity. Relations between the countries were established in 1992, and they are defined as “friendly.” Israel is represented in Tajikistan by a non-resident ambassador. In October 1995, Tajikistan’s president, Emomali Rahmon, met with then-Israeli Prime Minister Yitzhak Rabin on the sidelines of the UN General Assembly, but, generally, contacts between the countries were maintained by lower-level officials.

“Tajikistan is a Muslim state that has close economic, social and cultural ties with Iran,” she continued. “Tajikistan supported Iran’s nuclear program, opposed the international sanctions against Tehran, and has stood by the Palestinians in their disputes with Israel and the UN. Particularly because of this, their wish to establish parliamentary relations with Israel for the first time is extremely significant. The breakthrough in improving Israel’s status in the world will come from cooperating with countries that are not necessarily our natural partners.”

MK Yona said the visit was meant to “strengthen the friendly relations between the countries and examine possibilities for fruitful cooperation. I expect that in light of our visit, official Tajikistani work delegations will visit Israel to give a practical expression to the developing cooperation.” 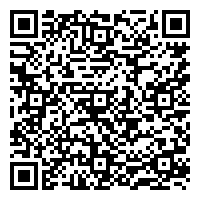