New York City police officers were given new orders on Sunday at roll call: “Remain alert and consider tactics at all times.”

It sounds pretty basic but the instructions carried an extra bit of warning after the Islamic State in Iraq and Syria terror group issued a new direct threat to the world.


“Pay close attention, and look for their hands,” the curt memo continues.

New York’s finest are already in a state of heightened security in the wake of last week’s terror attacks in Paris.

Although there has been no specific threat extra police were placed on patrol after ISIS issued a worldwide call to attack soldiers, police, civilians and anyone else by “lone wolf” operators.

In addition, police were told they can no longer sit together to eat or wait in patrol cars; one officer must be outside standing guard at all times.

“Basically… none of us are safe,” commented a correspondent for New York’s ABC News.

However, NYPD has yet to prepare its force to meet the challenge in a comprehensive way. Few of the patrol officers on the street have actually received any training whatsoever in how to deal with terrorism. Such skills are not part of the regular Police Academy curriculum for America’s largest police force, even though one could argue that New York is one of the three top targeted cities in the United States.

Since the Al Qaeda attack on the Twin Towers at New York City’s World Trade Center on September 11, 2001, the NYPD ESU squad is tasked with responding to terror threats. But the rank and file has had no such training; the force is poorly equipped to deal with the kind of challenges that Paris security personnel had to face last week. 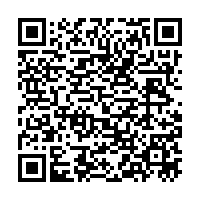