On Thursday, during an emergency meeting on water shortages in Samaria in the office of Deputy Defense Minister Eli Ben-Dahan (Habayit Hayehudi), it was revealed that systematic water theft by Arabs, as well as dereliction of duty on the part of the Israeli water authorities, are to blame for the current crisis.

Over the past two weeks or so, the Jewish communities of eastern Samaria—Karney Shomron, Ariel, Kdumim—have been under emergency water procedure. These communities, with roughly 60,000 residents, experience interruption of their water service every few days, and it has been presumed that the shortages are due to the failure of the water authority to expand its infrastructure to match the Jewish and Arab population growth in Samaria.


On Monday, MK Bezalel Smotrich (Habayit Hayehudi) ordered Knesset Finance Committee management to freeze debates over budgets intended for the Coordinator of Government Activities in the Territories (COGAT), including freezing its budget of about $20 million until the water crisis in Samaria is resolved.

Also on Monday, Yesha Council heads met with Energy and Water Minister Yuval Steinitz (Likud) and presented alarming data on the absence of long-term infrastructure planning by the various government ministries throughout Judea and Samaria. Steinitz promised to take over the coordination of the different entities, including the Water Authority and the national water utility Mekorot.

The Thursday night meeting in Ben-Dahan’s office on the water shortage in Judea and Samaria (most acutely in Samaria) included representatives of COGAT, the Civil Administration, and the water Authority. During the meeting, Ben-Dahan stated that “for many years there has been neglect of everything having to do with the water infrastructure in Judea and Samaria, which resulted in the absence of promoting master plans to develop the water resources in the area. Unfortunately, none of the entities involved has been properly prepared to deal with the growth in both the Jewish and Palestinian populations, as well as the growth in agricultural land which require a great deal of water.”

“In addition,” Ben-Dahan stated, “there’s the phenomenon of water theft by the Palestinians in the amount of 5,000 cubic meters of water daily, a factor in the shortage of water.”

The debate in Ben-Dahan’s office, reported by Srugim, resulted in short- and long-term solutions. Over the next few days there will be a regular rotation of 15 water trucks that will refill the reservoirs in communities where they have dried out. In addition, the entities involved will examine the possibility of constructing 27 above-ground pools to provide for locations where the crisis has been particularly acute. Existing pumping stations which have been left in disrepair in Ariel and additional locations will be repaired speedily.

In coming weeks, both Deputy Minister Ben-Dahan and Minister Steinitz will meet to plan the promotion of a master plan for the water infrastructure in Judea and Samaria.

Interestingly, not one word was said about ways of preventing the flagrant theft of water by Arabs.

Meanwhile, on the Palestinian Authority side, the responsibility for the shortage is being placed squarely on Israel. In mid June, Prime Minister Rami Hamdallah said that Israel was “waging a water war against the Palestinians. Israel wants to prevent Palestinians from leading a dignified life and uses its control over our water resources to this end; while illegal Israeli settlements enjoy uninterrupted water service, Palestinians are forced to spend great sums of money to buy water that is theirs in the first place.”

Ayman Rabi, executive director of the NGO Palestinian Hydrology Group, told Al Jazeera that “some areas had not received any water for more than 40 days. People are relying on purchasing water from water trucks or finding it from alternative sources such as springs and other filling points in their vicinity. Families are having to live on two, three or 10 litters per capita per day.”

Mekorot denied cutting the water supplies, but admitted there was a reduction in water supply “as a result of the shortage of water supply.”

“We have made a broad reduction of the supply to all residents in the area,” Mekorot told Al Jazeera. “All the facilities are working and the capability to supply is less than the rate of consumption. The water authority recently approved a master plan for the water sector and accordingly we will build the systems that will meet the West Bank’s required consumption.”

Now, if only Mekorot had told Ministers Ben-Dahan and Steinitz about this new master plan, it would have saved everybody a lot of time. 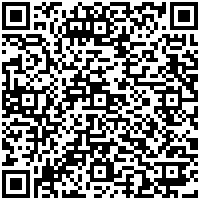