The Palestinian Authority has pounced on its first public relations opportunity to end its security cooperation with Israel – the death on Wednesday of PA Minister of Settlements Ziad Abu Ein during Arab riots against IDF soldiers.

The move was confirmed by Jibril Rajoub, a member of the Fatah central committee. PA Chairman Mahmoud Abbas is also head of the PA’s leading Fatah faction, as well as head of the umbrella Palestine Liberation Organization that liaises with the United Nations on behalf of the PA.

Israel has raised its alert status following the incident and is bracing for the inevitable Arab violence that has already begun to spread in various cities around the country.

The PA has been searching for ways to completely disengage from all ties to Israel for some time. In part, it has been egged on towards that end with increasing encouragement for its position as a so-called independent sovereign “State of Palestine” from European and other United Nation member states.  European Union foreign policy chief Federica Mogherini visited PA leaders in the entity’s capital city, Ramallah, on November 8, to discuss its relations with Israel and other issues regarding its status with the rest of the global community.

It was Abbas who officially declared Abu Ein’s death a deliberate murder by Israeli soldiers during the clashes that emerged from riots in which the “minister” was participating near Ramallah on Wednesday afternoon.

The clashes took place in the PA village of Turmus Ayya, near the PA capital of Ramallah, in Samaria.

The “minister” was a longtime member of PA Chairman Mahmoud Abbas’s Fatah Revolutionary Council and a former Minister of Prisoner Affairs – the ministry that advocates for terrorists incarcerated in Israel.

Having been a convicted terrorist murderer himself – one who was freed by Israel in a “good will gesture” to the PA – Abu Ein had the right experience for the job. He personally planted the explosives that murdered two Jews in Tiberias in 1979.

It is still not clear how Abu Ein died, despite varying accounts from media and politicians on both sides of the security barrier.

The PA-based WAFA news agency reports Abu Ein lost consciousness after inhaling tear gas and was “hit in the chest” by an IDF soldier.

“The Israeli soldiers called Abu Ein by name and seemed to be focused on him,” witness Kamal Abu Safaka told CNN. “There was a lot of pushing, kicking and punching by the soldiers. … When Abu Ein tried to intercede, they hit him on the chest with a rifle butt and grabbed him by the throat and pushed him back and then threw a large amount of tear gas and stun grenades.”

Special Israeli envoy Yitzchak Molcho immediately carried a personal message from Prime Minister Binyamin Netanyahu to PA officials at the Muqata, informing them that Israel will investigate the circumstances surrounding the death, said a statement issued by the prime minister’s office.

“The Prime Minister, who has been holding security consultations throughout the day, pointed to the need to calm the situation and act responsibly,” the statement said.

Abu Ein, who had a medical history of high blood pressure, collapsed and subsequently died of a heart attack when Israeli “forces halted the progress of (about 200) rioters into the civilian community of Abed-Ad using riot dispersal means,” the statement continued.

The IDF is also reviewing the circumstances surrounding the incident. In addition, an Israeli pathologist will join a group of pathologists from Jordan for an examination as well.

“… Additionally, a proposal has been made to the Palestinians to establish a joint investigation team to review the incident,” the statement said.

None of this has impressed anyone in the Palestinian Authority, where Abbas leaped on the chance to make political points in the street by calling Abu Ein’s death an “intolerable barbaric act. 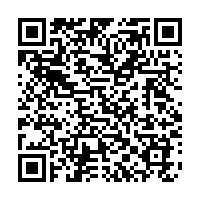