The Palestinian Authority fired the first of what will be dozens of shots against the coalition government, asserting that it will “set its sights on killing and reinforcing settlement activities.”

Erekat also told the AFP news agency that the government” will be one of war which will be against peace and stability in our region.


His statement is cause for worry. The statement that the government wants to “kill” is incitement for Palestinian Authority Arabs to prove his point by rioting so that Israeli soldiers have to shoot or be killed.

The Palestinian Authority, frustrated by its failure to manipulate world powers to force Israel to fork over to Mahmoud Abbas all of Judea and Samaria and most of Jerusalem, including the Old City, has resorted to calling the building of every home for Jews in Judea and Samaria a “war crime.”

Once he can convince Western governments, who are scared to death – literally- by the radical Islamist movement in their countries, of the new definition of a war crime, it follows that Israel is at “war” every time a Jew builds a home in Judea and Samaria.

The Obama administration publicly will congratulate the new government and bite its lips, but the United Nations can be expected to complain that the new right-wing government does not suit its agenda, which is the Palestinian Authority agenda.

An important factor is Britain, which is voting today in what pollsters say is a dead-heat between the relative pro-Israel Conservative party and the Labor party, headed by leftist Jew Ed Miliband,

An opinion poll conducted on behalf of the Jewish Chronicle last month revealed that 68.9 percent of British Jews intend to vote Conservative, and only 22.2 percent plan to vote for Labor.

Like Israel, neither party will win a majority and will have to put together a coalition. 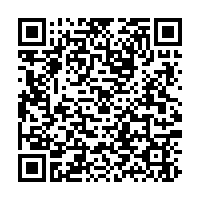