Israel, France and the United States have sharply criticized Pakistan’s surprise release of the alleged mastermind terrorist allegedly behind the 2008 attacks on a Mumbai hotel and Chabad Center, where Rabbi Gavriel Holtzberg and his wife were among six Americans and 160 others killed, including six Americans.

Israel is surprised and disappointed by the release of Zakiur Rehman Lakhvi, the mastermind of the Mumbai attack in which, as part of the horrific attack, also Israeli nationals and a Jewish centre – the Nariman [Chabad] House – were targeted.

This release is a setback for the international efforts in the war against terror in which India and Israel are close partners.

The United States said it was “gravely concerned:” after Lakhvi walked out of jail on Friday. French President Francois Hollande, was hosting Indian Prime Minister Narendra Modi, said the reelease was “deeply shocking.”

Modi said: “There is a need for global action to deal with terrorism. All nations should commit that they will not provide shelter to terrorists but punish them.”

State Department spokesman Jeff Rathke said at the daily news briefing Friday, “Pakistan has pledged its cooperation in bringing the perpetrators, financiers, and sponsors of the Mumbai terrorist attacks to justice, and we urge Pakistan to follow through on that commitment to ensure justice for the 166 innocent people, including six Americans, who lost their lives.”

Lakhvi was released after a Pakistani court suspended his detention. He had been arrested one week after the attacks. 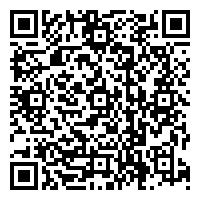