Last week Pompeo was in Saudi Arabia and Turkey, meeting with top officials on how to deal with the ongoing issues relating to the Islamic State (ISIS/Dalesh) terrorist organization and the devastating civil war in Syria. Considered a friend of Israel, in the past Pompeo has referred in a tweet to Iran as the “world’s largest state sponsor of terrorism” prior to his confirmation as CIA director.


Sources said his meeting with Abbas went well. The two sides met in Ramallah at the headquarters of the PA government, the Muqata. The agenda was focused on politics, security and the “future of the peace process,” according to the Hebrew-language Ynet site.

A number of other senior Palestinian Authority officials were at the meeting as well, including former PA chief negotiator Saeb Erekat, who is now an executive board member of the Palestine Liberation Organization (PLO) which is also run by Abbas.

PLO and PA officials had warned U.S. President Donald Trump this week not to walk away from the two-state solution to their conflict with Israel.

The warning came in response to remarks a day earlier by a senior White House official who said the United States will no longer impose any “solution” to peace on either party, but instead would support any deal the two sides reach together.

Husam Zomlot, strategic affairs adviser to Palestinian Authority leader Mahmoud Abbas in Ramallah, said in response to those remarks during a phone interview with Reuters in Jerusalem, “The two-state solution is not something we just came up with. It is an international consensus and decision after decades of Israel’s rejection of the one-state democratic formula.”

Hanan Ashrawi, a senior member of the PLO, said in a statement quoted by A-Sharq Al-Awsat’s English-language edition, “Accommodating the most extreme and irresponsible elements in Israel and in the White House is no way to make responsible foreign policy.”

But U.S. President Donald Trump told reporters later in the day on Wednesday at a joint news conference with Israeli Prime Minister Benjamin Netanyahu in the White House that he believes it is possible for the two sides to reach a peace agreement. He reiterated, however, it would have to be reached through direct talks by the two parties. Both sides would have to make compromises, he said. 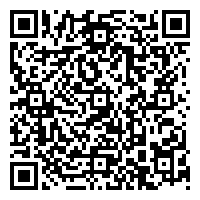