As many as 15 to 20 hostages taken captive at the Hyper Kacher kosher grocery by a member of a homegrown Al Qaeda terror cell were freed, just as the sun was setting Friday evening at the start of the holy Jewish Sabbath. Tragically, four were murdered at the start of the terror attack before police were able to rescue them.

Although the terrible saga has now ended, the Association of Paris Rabbis warned members of the Jewish community to remain home and stay off the streets this Shabbat (Sabbath) because the streets are not safe in this “city still on edge.” Shops in La Marais have been ordered shut for now.


French police stormed the grocery a few minutes after special forces carried out a similar operation in a location on the other side of Paris against Said and Cherif Koachi. The two terrorist brothers came out with AK-47s blazing as special forces stormed the print warehouse where they were holed up in Dammartin-en-Goele, near Charles De Gaulle airport. Both were killed in the shootout. Said was trained in Syria and Yemen by Al Qaeda in the Arabic Peninsula (AQAP) and American Al Qaeda leader Anwar Al-Awlaki; he led the local terror cell.

Police chose to attack after the terrorists had been awake for at least 48 hours, when their reflexes were dulled and they were suffering from the effects of severe sleep deprivation. Detonating charges set around the perimeter of the building, they began their attack with explosions and gunfire.

Kouachi brothers’ co-terrorist Amedy Coulibali likewise found himself under siege by police after holding shoppers hostage for hours at a kosher grocery and finally threatening to kill his captives if his “jihadi brethren” were attacked. His hostages were freed as the last blush of the sun’s rays lit the horizon to begin the Jewish Sabbath.

Ambulances on the scene gathered the injured and traumatized hostages and sped away to hospitals.

Coulibali’s girlfriend and the fourth member of the terror cell, Hayat Boumeddienne, was apparently not present in the grocery attack as was reported earlier, according to media reports, although she was involved in the murder of a policewoman in Paris on Thursday. Boumeddienne escaped and was still at large by nightfall in Paris. 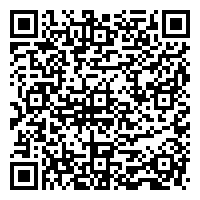