Policeman Sergeant Major Erez Levi, 34, was killed by a Bedouin terrorist, and MK Ayman Odeh (Joint Arab List) sustained a light head injury in Wednesday morning clashes at the Umm al-Hiran is a Bedouin village in the Wadi Atir area of the Negev desert in southern Israel. The clashes resulted from efforts by the Israel Lands Administration to apply demolition orders and eviction notices against local residents. A large group of rioters threw rocks at police as they entered the village.

According to Internal Security Minister Gilad Erdan (Likud), as reported by News 0404, “A terrorist belonging to the Islamic movement sped at our forces aiming to kill as many police as he could even before the eviction had begun.”


The terrorist was shot dead.

“This was a difficult even for our forces and for the entire country,” Erdan said.

Rightwing NGO Regavim issued a statement saying, “The murder of a […] this morning during evacuations of illegal construction in the Negev was the result of incitement by extremist Islamic entities, Joint Arab List MKs, and extreme leftwing NGOs who daily incite against the rule of law in the Negev.”

“Those entities sat by the wheel of the terrorist murderer and brought about the bloody outcome,” Regavim accused.

Established in 1956, Bedouin village Umm al-Hiran is one of an estimated 46 unrecognized Bedouin villages in Israel (the exact number is unknown). The unrecognized villages were built without official permission and are therefore ineligible for connection to the electrical grid and water mains, or for trash-pickup, and they cannot elect municipal government representatives. They are scattered all over the northern Negev, often uncomfortably close to military fire zones, nature reserves, and landfills.

According to the Israel Land Administration, some 40% of the Negev Bedouin live “in illegal homes spread over hundreds of thousands of [acres].”

Minister Erdan expressed his hope “that today will not mark a turn for the worse in the Bedouin’s relationship with state authorities, although MK Odeh has contributed greatly to such a turn.” He added, “There’s a supreme Court ruling and it will be carried out, in Umm al-Hiran, too. Police have no influence on the decision-making regarding this assignment, which is how things are run in a democratic country.”

MK Ayman Odeh was wounded lightly in his head, and told reporters he was hit by rubber bullets, but a police spokeswoman denied the charge, saying Israel Police do not use rubber bullets at all. It appears that the MK was injured by a rock that was thrown by one of the rioters. According to the Joint Arab List, he was sprayed with tear gas by police. Odeh persisted in blaming the “thousand policemen” he said had converged on Umm al-Hiran Wednesday morning for the violent outcome, claiming the residents had been negotiating with the authorities their compliance with the court’s ruling when police suddenly showed up.

Odeh and Chairman of the Monitoring Committee of Israeli Arabs Mohammed Barakeh blamed Prime Minister Netanyahu for being the ultimate source of the recent police efforts to uproot illegal Arab construction. “He is setting fires because of his own troubles,” Odeh told Ha’aretz, referring to police investigation of corruption allegations against the PM. 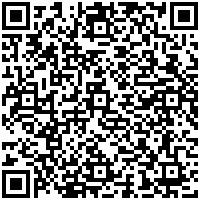