Are you engaged to be married, or perhaps there is an upcoming nuptial in your family? If so, the happy couple is eligible to enter a contest to win a prayer shawl tied with the ancient “ptil tekhelet” sky-blue woolen thread.

To enter, just send a wedding invitation to the Ptil Tehkhelet organization at info@tekhelet.com. The Israeli nonprofit group promotes, educates and produces what is believed to be the authentic “tekhelet” of the ancient Hebrews.

The “Ptil Tekhelet” is mentioned in Torah (Numbers 15:37-41), which also comprises the third paragraph of the Shema prayer:

“Speak to the children of Israel and tell them to make for themselves fringes (tassels) on the corners of their garments throughout their generations. They shall include a thread of sky-blue in the corner. These shall be your fringes, and you shall look upon them and remember all the commandments of the Lord and fulfill them. You will then not stray after your heart and your eyes by which you go astray. You will thus remember and keep all My Commandments, and be holy to your God. I am the Lord your God who brought you out of the land of Egypt to be your God; I , the Lord, am your God.”

The pilot raffle program created by the organization provides up to 10 tallitot (prayer shawls) per month to engaged couples around the world. Ten winners will be selected monthly to receive a free wedding tallit tied with a ptil tekhelet.

The contest has been extended for six months, beginning with the Hebrew month of Elul which started last Sunday, August 16.

“As these young people enter into marriage,” said Dr. Ari Greenspan, Chairman of Ptil Tekhelet, “it is fitting that they usher in their new life by donning something at once so ancient and so new as the tekhelet strings. It’s the perfect metaphor for marriage itself.”

The practice of including a thread of Biblical blue tekhelet among the white fringes of the tallit was lost over a millennium ago. Its restoration in modern times was promulgated by the vision of rabbis such as Rabbi Gershon Henoch Leiner, known as the Radzyner Rebbe, and Yitzchak Isaac Halevi Herzog, the first Chief Rabbi of Israel. Present-day technologies and Rabbinic responsa, have enabled the identification of the Murex Trunculus snail as the source of this ancient blue dye.

Dr. Naama Sukenik from the Israel Antiquities Authority last year spoke at the Tekhelet Conference on Murba’at Textile, where she discussed new finds from the Murba’at Caves in the Judean Desert.

According to Sukenik, a fabric dated to the second century, dyed with material obtained from the Murex trunculus sea-snail and colored blue, was shown to be of local Israelite origin and it appears that perhaps was colored with the ancient dye known as Tekhelet mentioned in the Bible.

The Ptil Tekhelet organization has now been producing this tekhelet for more than two decades. For more information, please visit the organization’s website. 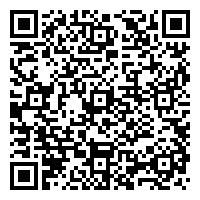