The Young Israel rabbi of the family of Palestinian Authority murder victim Ezra Schwartz called on all religious leaders to condemn terror.

Schwartz, 18 and from the Boston suburb of Sharon, was one of three people shot and killed when a Palestinian Authority terrorist went on a shooting spree Thursday afternoon at the entrance to Alon Shvut in Gush Etzion, using a Uzi sub-machine gun.


Having run out of ammunition, he then sped away and rammed into people at the Gush Etzion junction before he was apprehended.

The other two people murdered in the attack are Alon Shvut resident Yaakov Don, 49, and a Hebron Arab identified as Shadi Arafeh, 24.

Two women wounded in the ramming attack are in good condition, and one of them is scheduled to be released from Shaarei Tzedek Hospital in Jerusalem Friday morning.

Schwartz was killed when the terrorist opened fire on a line of cars. He and his fellow students from the Yeshivat Ashreinu in Beit Shemesh were in the area to distribute food to soldiers.

He graduated from Maimonides School in the Boston suburb of Brookline this year.

He and his family were members of the Young Israel of Sharon synagogue, where friends and members were overwhelmed by grief after hearing of the murder of Schwartz, who is to be buried on Sunday.

I really think it’s well overdue that religious leaders step up,” Sendor said. “Rabbis, imams, priests. Recognize there is never, ever a justification for violence.

It has been silently accepted that virtually no religious leaders have categorically condemned Palestinian Authority and Israeli Arab attacks. Reform and Conservative rabbis are rarely heard, except to condemn settlements and sermonize on “two states.”

Muslim clergy are out of the picture completely. Priests can mention it without lecturing Israel for “causing” terror because it allows Jews to live in Judea and Samaria.

A haunting acceptance of Islamic terror, especially the murders of Jews, has sown seeds justifying it. U.S. Secretary of State John Kerry has tried denying he excused terror this week by commenting in Paris that he could understand the “rationale” for the murders at the offices of the satirical Charlie Hebdo magazine last January. One of the victims was a Jewish cartoonist.

Kerry explained he was not defending terror or rationalizing it but simply saying he understands the reasoning of terrorists.

Prime Minister Binyamin Netanyahu said Thursday that “blindness and hypocrisy” stops people from condemning attacks as vehemently as the Islamic State (ISIS) massacres in Paris a week ago.

The community is profoundly saddened as we mourn the tragic loss of our recent graduate, Ezra Schwartz, Class of 2015, who was murdered in a terrorist attack today in Israel. Ezra was spending his gap year studying in Israel. Our thoughts and prayers are with Ezra’s family, classmates and friends.

“They miss him. They miss Ezra. We all miss him,” Rabbi Meir Sendor said.

The whole school went into shock. The middle school and the upper school immediately canceled classes, and everybody came together to pray. At first, we heard he was hurt and was in surgery in critical condition. We were praying for his safety and his recovery, but then we got the news that it was too late.

Schwartz is the second alumni of the Maimonides school to be murdered in the last 12 months. Rabbi Moshe Twersky, 59, was killed in the November 14 butchery of five men, four of them rabbis, at a synagogue in the Jerusalem neighborhood of Har Nof. The victims were praying when two Jerusalem Arab terrorists attacked them with butcher knives, axes and a gun. 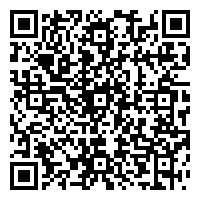