Israel media have put another nail in the political coffin of Ron Baratz, Prime Minister Binyamin Netanyahu’s nominee to be his national political adviser.

The late revered Rabbi Ovadia Yosef also was on Baratz’s hit list, according to the Chedrei Hareidim website, which published on Sunday a message that Baratz had posted on Facebook in December 2014.

It was revealed last week that Baratz previously has labeled one of President Barack Obama’s remarks as anti-Semitic, said Kerry has the mind of a 12-year-old, and had unkind words for President Reuven Rivlin.

He wrote of Rav Ovadia, the founder and spiritual leader of the Shas party:

Rav Ovadia gave a feeling of honor to many people. Nevertheless, in my opinion, his activities generally were negative.

He damaged not only the State of Israel but also, to a large extent, the same people he was trying to help.

Baratz added that besides his and Rav Ovadia’s having opposite political ideologies, the nominee for media adviser also does not relate to the late rabbi’s decisions on Jewish law and Torah wisdom.

Shas sharply condemned Baratz Sunday, and party leader Aryeh Deri joined the chorus against his being accepted as media advisor.

Baratz’s comments against Rav Ovadia proves his lack of good judgment and his being unsuitable to be the national media adviser.

Baratz’s Facebook post had some kind words for Rav Ovadia, stating that despite his criticism,” Every time I see him I love him and forgave him for everything.” 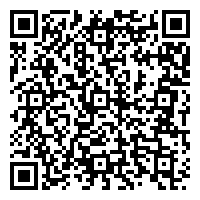