Israel reportedly told the United States that it understands the rules and the reasoning behind the FAA ban on US flights to Israel, according to Arad Nir of Israel Channel 2.

Israel reportedly told the US that this situation (of the FAA ban) can’t continue, so in order to resolve it, Israel will need to significantly and disproportionately ramp up its attack on Gaza, and put an immediate stop to all the rocket attacks, thus allowing US flight to Israel to resume.

Nir claims the message was understood and the FAA ban was rescinded. 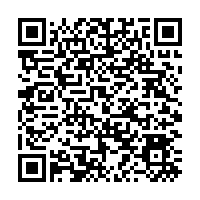