Stratfor, a global intelligence analysis service, issued a report Saturday contending France may send its “expeditionary force” to Syria to retaliate against ISIS.

The report, titled “After Paris, France Contemplates a Reckoning,” suggests the French response to the Paris attacks is markedly different from that of the Spanish Government following the March 2004 Madrid train bombings. Instead of pulling back from the global coalition working against radical Islamists, “it appears that the French will renew and perhaps expand their efforts to pursue revenge for the most recent assault.”

According to Stratfor, “France has numerous options for retaliation at its disposal.”

First, France has to establish that the attackers were, in fact, members of ISIS. Then:

France will likely ramp up its Syrian air operations. The skies over Syria, however, are already congested with coalition and Russian aircraft. With this in mind, the French may choose to retaliate by focusing instead on the Islamic State in Iraq, or perhaps even other Islamic State provinces in places such as Libya.

Another option would be to increase French programs to train and support anti-Islamic State forces in Iraq and Syria, or even to conduct commando strikes against key leadership nodes.

Finally, says the report, “France also has the option of deploying an expeditionary force like it did in the Sahel, although that would probably require outside airlift capacity from NATO allies, especially the United States.”

One area that is already undergoing a radical change is passage through Europe’s borders, which this weekend are being sealed by many EU members. Bavarian Prime Minister Horst Seehofer said the Paris attack showed border controls are more necessary than ever.

Seehofer, who is critical of the German government’s handling of the refugee crisis, demands permanent border controls and swift repatriation of asylum seekers. It doesn’t appear that Chancellor Angela Merkel will find many allies supporting her soft, pro-refugee stance in light of the Paris bombings.

The anti-Schengen camp, seeking to revoke the agreement making it possible for virtually every European citizen to go anywhere in Europe unheeded, received yet another vindication last week, according to Stratfor, when a Montenegro citizen was arrested on his way to Paris with a stack of weapons.

It isn’t clear whether he was on his way to joining the Friday attacks in Paris, but it’s possible—and frightening. And so the Paris attacks will raise the clout of anti-immigration parties across Europe, chipping away at the Schengen agreement. As of this weekend, France, Germany, Sweden, Slovenia and Hungary have already re-established strict border controls. It is expected that the remaining EU governments will follow suit this week. 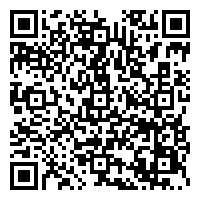