Friday’s horrific terror attack that cost the lives of Rabbi Yaakov Litman and his son Netanel will forever stain the site where the family’s van was torn apart in a shooting by Arab terrorists.

The attack took place on Route 60 near the southern Judean Jewish community of Otniel, where terrorists opened fire as the Kiryat Arba family’s vehicle drove by. They were heading for the Be’er Sheva suburb of Meitar to spend the Sabbath celebrating the impending nuptials of one of the daughters.


A 15-year-old son sitting in the back was wounded as the bullets were flying in the front.

But while the rabbi’s shocked and terrified wife and three daughters watched helplessly as the murderers emptied the clips into their loved ones’ bodies, a miracle was still on the way.

Fourteen bullets into the attack, a terrorist jerked open the car door in the back, clearly intending to finish off the rest of the family.

One of the girls shouted out at him instead.

And suddenly, oddly, the attacker discovered his gun was jammed, according to the Hebrew-language NRG news site.

Unable to shoot, he fled.

In less than 48 hours, he was caught.

Ultimately, terrorists can run, but they can’t hide from Israel. 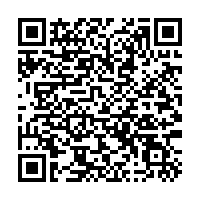