A former senior Israel official who spoke on condition of anonymity said that his country has conducted numerous drone attacks on Islamist terrorists in the Sinai in recent years, with Egypt’s blessing, Bloomberg reported Monday.

Terrorist activities in the Sinai have increased sharply since the ouster of former Egyptian president Hosni Mubarak in 2011. The terrorist group Ansar Bayit al-Maqdes, which is active in the Sinia, has pledged allegiance to ISIS a year ago and has been targeting Egyptian security forces in the northern Sinai.


Israel has been claiming for some time that Hamas supports the Sinai ISIS terrorists, and that Gaza hospitals provide medical care for wounded terrorists smuggled into Gaza through underground tunnels.

The IDF has said in the past that it’s “only a matter of time” before Sinai based terrorists strike at Israel, which is why it has become involved in denying them increased capabilities.

Egyptian President Abdel-Fattah El-Sisi has acted with a vengeance against the Gazan’s ability to smuggle goods into the Sinai, destroying and flooding hundreds of tunnels, Bloomberg reported, adding that Israel has responded to El-Sisi with financial gestures and, according to the Israeli military’s deputy chief of staff Major-General Yair Golan, increased intelligence-sharing.

“The level of cooperation is something we’ve never experienced before,” Golan said. “It’s not about love, it’s not about common values. I wouldn’t describe it as the relationship we have with the United States of America, but I think it’s a good starting point.” 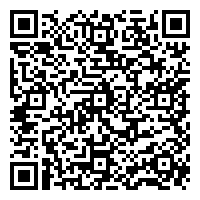