A new study has found the one-fourth of all deaths from cancer in the United States are linked to cigarette smoking, according to the American Cancer Society.

The results, published Monday in the JAMA Internal Medicine, showed that the highest rate was among men in southern states where tobacco control policies are less stringent. The highest rate was in Arkansas, with 40 percent of cancer deaths linked to cigarette smoking. The highest rate among women was found in Kentucky: 29 percent, according to the American Cancer Society.


“The human costs of cigarette smoking are high in all states, regardless of ranking,” the authors wrote in their findings, which included in analysis of 2014 health surveys and government data on smoking rates and deaths from approximately 12 smoking-linked cancers, including leukemia, lung, throat, stomach, liver, colon, pancreatic and kidney cancer.

The lowest rate of deaths from cancer was found in Utah, where 11 percent of women and 22 percent of men died of cancer linked to cigarette smoking.

In Israel, the issue of smoking is complicated by the Middle Eastern practice of “hookah” or “nargila” — the use of a water pipe, which many erroneously believe mitigates the dangerous effects of tobacco.

A study published this year in the International Journal of Public Health by researchers at Weill-Cornell Medical-Qatar medical school analyzed 28 studies dealing with the health consequences of smoking a hookah, or nargila, as it is also known in Israel.

The findings, based on studies carried out in Egypt, Iran, Tunisia, Lebanon, and other similar nations where use of water pipes is common, showed that “hookah” use greatly increased the risk of esophageal and lung cancer. The reviewed 8,714 cancer patients and control groups, totaling 35,746 people. According to the research, hookah use tripled the risk for cancer of the lungs and esophagus.

A separate study carried out under the auspices of the Israeli Health Ministry by researchers Gary M. Ginsberg and Haim Geva reported similar findings. The research, published online in August 2014 in the Israel Journal of Health Policy Research, found: “Tobacco use is the single most preventable cause of death, associated with more than five million deaths annually worldwide. By 2030, tobacco-related mortality is likely to rise to more than 8 million people. Up to half of the world’s more than one billion smokers will die prematurely of a tobacco-related disease.”

According to the study, in 2007 there were an estimated 8,932 Israeli deaths from smoking-related causes. Seven years later, the figure dropped due to intensive anti-smoking campaigns by the government and the Israel Cancer Association — but there were still 7,025 deaths due to active smoking attributable mortality (SAM).

In Israel, the Israel Cancer Association works to limit tobacco use with information campaigns aimed at the general population, but also tries to underline the point that “smoking a hookah can kill, just like a cigarette.” 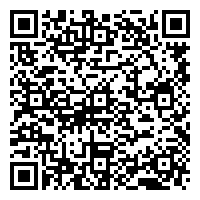