A brother and sister who thought their entire extended family had been murdered in the Shoah, will meet their newly discovered first cousins for the first time at Yad Vashem, on Tuesday (Dec. 13, 2016).

The first cousins discovered each other through the efforts of the Reference and Information Services Department in the Yad Vashem Archives Division, and thanks to a Page of Testimony found on Yad Vashem’s Central Database of Shoah Victms’ Names, as well in other documentation on the International Tracing Service (ITS) database.


While the descendants of the Holocaust survivors will meet each other for the first time, the survivors themselves, unfortunately, have passed away, without ever learning the true fate of their loved ones.

The reunion will be followed by a visit in the Hall of Names. Both of the families speak Hebrew. Here’s a bit of info on who they are: Nisan Band was born in Warsaw in 1912. He had five sisters. In 1939, Nisan fled to the USSR, where he remained until his death in 1983. Throughout the years, Nisan was sure that his entire family had been murdered in the Holocaust. His children, Fania and Gennadi, immigrated to Israel with their families in the 1990s. Earlier this year, Fania (b. 1949) searched Yad Vashem’s Central Database of Holocaust Victims’ Names, and found a Page of Testimony that a Symcha Bornstein had filled out in memory of Fania’s father, Nisan Band.

Last week, Fania and her son came to Yad Vashem to find out who had mistakenly commemorated Nisan. Sima Velkovich of Yad Vashem’s Reference and Information Services Department conducted a search of the Pages of Testimony, as well as the ITS (International Tracing Service) database, and discovered that Nisan’s sister Jenta Borenstein (née Band) had also been in the Soviet Union during the war and survived.

Sima’s investigation of the story revealed Nisan’s two daughters, Rywka and Hana, live in Israel today. As a result of this generous and painstaking search, Rivka and Chana will meet with their first cousins, Fania and Gennadi, as well as Fania’s two sons, Evgeni and Pavel, at Yad Vashem for the first time. To date, Yad Vashem has identified more than two-thirds of the Jews who were murdered during the Holocaust. The names of 4.6 million Shoah victims are recorded on the Central Database of Shoah Victims’ Names, which is available online at www.yadvashem.org in English, Hebrew, and Russian, Spanish and German.

For more information or for assistance in filling out Pages of Testimony contact the Shoah Victims’ Names Recovery Project: names.outreach@yadvashem.org.il. 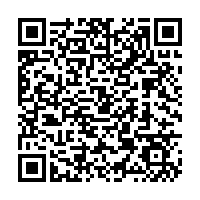