There is an article in the August 28th edition of Foreign Policy Journal entitled, “US Preparing for a Post-Israel Middle East.”  The source for the leaked document described in the article is referred to as a Central Intelligence Agency staffer, and the document was allegedly commissioned by the US Intelligence Community, comprised of all four branches of the military, the Coast Guard, the Departments of State, Treasury, the Drug Enforcement Agency, the FBI, the National Security Agency and the Ministry of Magic.  Just kidding about that last one.

The document allegedly reveals that the CIA has concluded that tiny Israel is the greatest threat on the face of the Earth to the interests of the United States.

What?  Is the article credible?  Is anyone paying attention to it?

Well, the truth is that few serious people are paying attention to it.  Nevertheless, the title of the article, and the general uneasiness felt by the strongly pro-Israel crowd about this US administration’s support for Israel, has kept the article skimming along on the Internet waves.  It has bobbled to the surface every so often and continues being swept forward in a gush of email distribution lists.

Why does the article not pass the smell test?  The problems are manifest: the way the scenario is written, the author, the lack of sources, the litany of over-the-top accusations against Israel, and the poor writing and editing.  For that last problem, just read the article.

What the author does is not use his article to reveal the existence of the Post-Israel World document, but instead skips right over the veracity step and goes on to suggest that the document will be used by right wing Republicans to scare Jews into voting against President Obama.  That’s clever.

The article states that Congresswoman Ileana Ros-Lehtinen (R-Fl), chairwoman of the US House Foreign Affairs Committee, with an assist by William Kristol, editor of The Weekly Standard, will be using the CIA document to frighten Jews into believing president Obama is bad for Israel, and that the Republican party is their only hope.

What is in the alleged report? Just about every anti-Israel canard of recent vintage, but stated as fact:

– Israel is an Apartheid State with a “segregationist, occupation infrastructure” of “legalized discrimination” and “separate and unequal justice systems”

– Israel interferes with the “internal affairs of the United States through spying and illegal arms transfers,” by use of “more than 60 front organizations” and “approximately 7,500 US officials” who are controlled by the Jewish State.

The drafters allegedly note that not only Jews in the United States, but also the entire rest of the world, now find they can no longer countenance their entanglement with the illegal Israeli regime which “condemns American citizens to endure the consequences” of that entanglement.  Just for good measure, the document allegedly recommends that the United States undertake to repair “relations with Arab and Muslim countries,” including the reduction in use of drone aircraft.

It is difficult to take the article seriously both because of the excessive number of misspellings and poor editing, the lowly regard with which the publication is held (although easily confused with, it is not the influential Foreign Policy magazine), and because of the   author, Franklin Lamb.

A pro-Israel blogger pointed out that Lamb has written before about the impending disappearance of Israel, also by suggesting he had access to secret CIA documents.  Another time Lamb insisted there was a burgeoning and irreparable rift between the United States and Israel.

And there is much more to hoist the eyebrows. Lamb’s inconsistent biographies at various times state that he has been a professor at the American University of Beirut, has three degrees, including a PhD, from the London School of Economics, had a fellowship at the Harvard East Asian Legal Studies, was Assistant Counsel of the US House Judiciary Committee, was a Professor of International Law at Northwestern College of Law in Oregon, is board member of the Sabra and Shatilla Foundation, and was a volunteer with the Palestine Civil Rights Campaign, Lebanon. 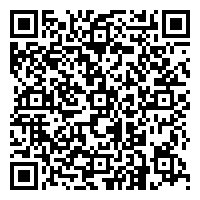